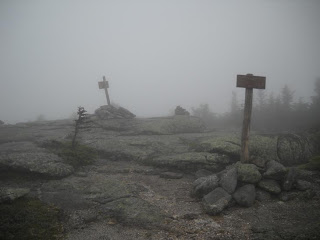 Parking can be found at the Appalachian Trail Crossing in Grafton Notch State Park on route 26. 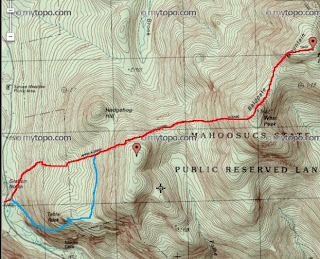 From the large parking area head across route 26 and look for the large wooden AT sign on the right side of the road. Follow the historic Appalachian Trail as it passes the orange blazed Table Rock Trail junction at 0.1 miles and gradually inclines through a hardwood forest. At 1.0 Miles you'll pass another Table Rock Trail junction (see variation below), this one marked with blue blazes. Continue the gradual incline to a sub peak named Hedgehog Hill. From here the AT loses elevation as it winds around Hedgehog Hill and eventually reaches the Baldpate lean-to campsite at 2.0 miles. The AT takes on a completely different personality than the earlier section as it becomes very steep and eroded as you increase elevation another 0.7 miles to the West Baldpate Summit. There are no views from the summit however, a ledge shortly after the summit offers good directional views. Follow the well marked AT another 0.9 miles enjoying the scenic walk over open ledges with wooden ladders as the AT descends into the col and begins a steep and difficult bare rock scramble to East Baldpate. Relax and enjoy the open summit with excellent views in all directions, you earned it.

East Baldpate is ranked #94 on the AMC list of 100 Highest Peaks in New England.

The photo below is where the AT (marked by the large AT sign) crosses route 25 and enters the woods. 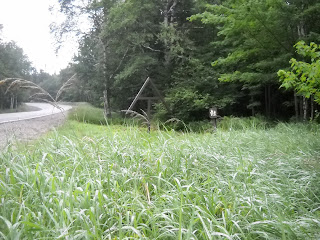 Baldpate Lean-to is a popular destination and the Appalachian Trail was filled with what appeared to be a girl scout troop field trip spending the weekend at the Baldpate Lean-to. The picture below was taken along the ridge between the two summits as the AT steeply descends a wooden ladder. 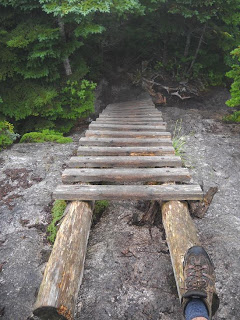 At the East Baldpate summit the AT branches left and Grafton Loop Trail branches right on the open ridges. The summit is marked by the two wooden signs mounted by rock cairns.

Table Rock Variation: This variation adds 0.5 miles to the hike however I would highly recommend making the short side trip to Table Rock which looms 900 Ft above Grafton Notch and provides excellent views of Old Speck Mtn. Upon descent take the blue blazed Table Rock Trail left as it gradually inclines through open woods 0.5 miles to Table Rock. Relax and enjoy the views. Descending the orange Blazed Table Rock trail as is descends extremely steeply through and around enormous boulders looping back to the Appalachian Trail. 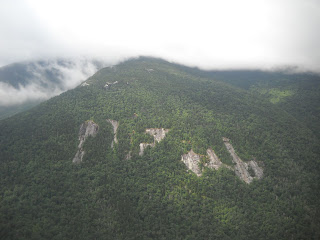 The view from Table Rock
Posted by HockeyPuck at 11:56 AM